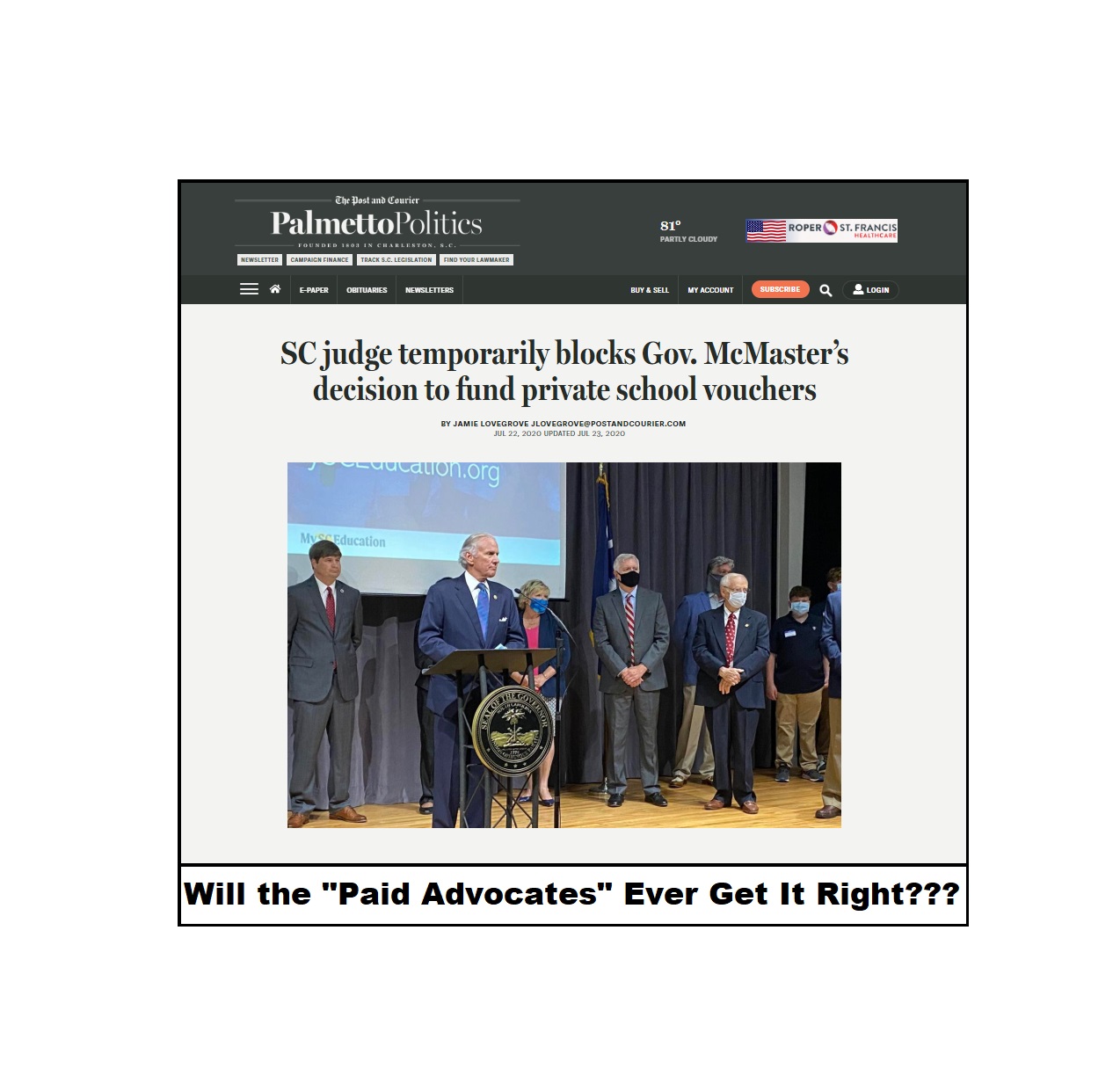 Well, when we thought the “paid advocates” couldn’t have come up with anything more absurd … anything more blatant about their “PAID” AGENDA … they did on Monday!!!! With Governor McMaster center stage … and many of our BIGGEST OPPONENTS standing on the stage with him.

Palmetto Promise Institute … the same FOOLS that said giving this program the THE GOVERNMENT to run would make it Bigger. Better. Faster. … hatched their latest backdoor idea as part of the Federal aid under the CARES Act ….

… a SC “pilot” program to “backdoor” experimental … and FAILING ….ESAs.

That is right … they can not get the legislation passed at the STATE HOUSE … it has TONS of OPPOSITION … so they use the COVID-19 situation to push their “PAID” agenda.

Well ESAs are ESAs … so as predicted it didn’t take long … JUST ONE DAY … and a SC Court issued a Temporary Restraining Order (TRO) HALTING the program.

Filed by the attorney son of a senior SC Democrat … and a smart / powerful one … who has pledged to STOP ESAs at ALL COSTS!!!

Who wants to guess who will get PAID to implement the program … ClassWallet??? #FollowTheMoney!!!

More to come next week as there is a COURT HEARING scheduled for Wednesday JULY 29th …. but this debacle has not only ANGERED the “left” … it has ANGERED many on the “right” as well.

We may be watching the complete destruction of Governor Henry McMaster’s political career as he follows the bad advice of Ellen Weaver, Jim DeMint … and the “paid” agenda of Palmetto Promise Institute.

We GOT Exceptional SC BANK STATEMENTS!!!