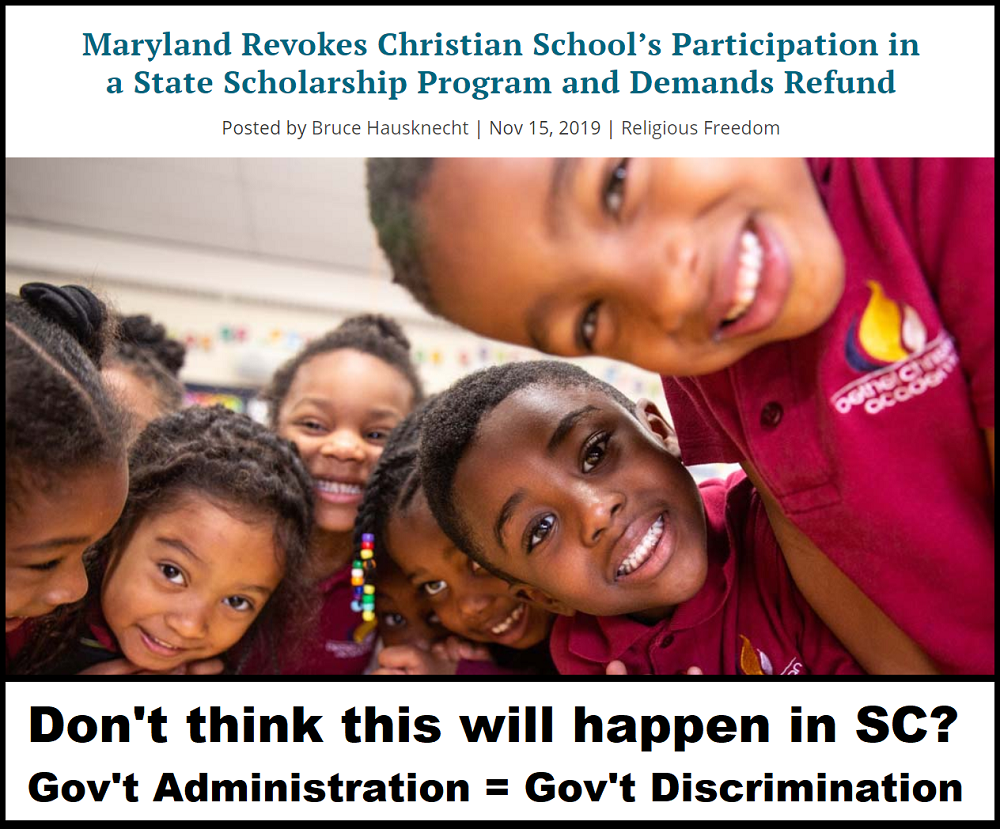 A Maryland 100% government run “Voucher” program started in 2016 has demanded the return of $100,000 in scholarship funds (all funds since the beginning of the program in 2016) from a particular Christian school because … basically … the government officials don’t like the school.

The article demonstrates what we have been saying will happen under 100% government control and administration of a private school choice program.

That would never happen in SC would it?  We think it already is … but that is a longer discussion.

Anyhow, maybe you agree that XYZ school should not get scholarship funds for whatever reason … but just realize … one day … YOU & YOUR SCHOOL WILL BE “TARGETED” TOO.  Maybe it will be your Christian beliefs, or maybe because you are a Muslim school, or maybe it is because your school leader “speaks up” too much or angered the wrong politician … or the government officials don’t like the curriculum you are teaching … or you don’t use the particular “test” they want you to use … or whatever the reason … know that they will find a reason to “target” your school too … eventually!!!

Why do you think some school leaders today are so “quiet” when it comes to the blatant failings of (not so) Exceptional SC???  They don’t want to be “targeted” as some schools and parents have already been.  Read more here:  Racism? Favoritism? Or BOTH??

Hey, we don’t blame the school leaders or parents that remain silent … but trust that eventually … the government officials are going to come after YOU TOO!!! 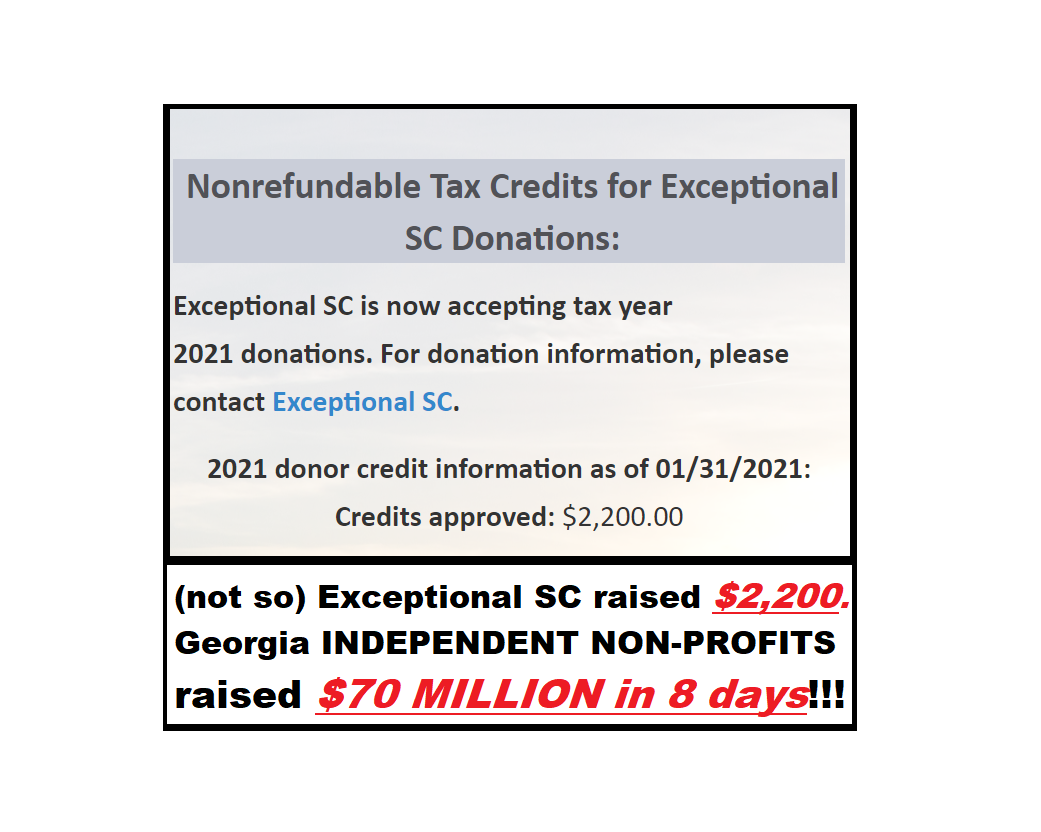